Depending on my mood and the day of the week, Paris is either my favorite, second favorite or third favorite European city. Either way, it never leaves my top 3! I just love love love Paris, which is probably cliché, but that cliché is well deserved.

I have been to Paris three times and each time, there was just so much to do, so to much to see, so much to love! I have barely scratched the surface. If I were to pick an European city to reside in, it would be Paris, so much so, I call it my 3rd home away from U.S. soil. I’d love the opportunity to spend a year in Paris exploring all the nooks and crannies that can’t be covered in a short vacation. Paris and I have a lot of unfinished business, hence why I decided to write about my top 10 things so far.. This is a light-hearted list that I am sure will be revised multiple times.

In no particular order,

1. Crepes.  If I could have dessert for Breakfast, lunch and dinner and never gain a pound, I would. Everyone who knows me knows that Belgian waffles are my favorite desserts, and number two would be crepes. Of course, you can get crepes anywhere in the world right now, but just like no one can make Belgian waffles quite like the street carts in Brussels, no one can make crepes quite like the cafes in Paris! I love them so much, I could sing a song about them :). Sweet crepes, savory crepes, crepes for breakfast, crepes for dinner, crepes as dessert…  I particularly love them as dessert with caramel, strawberries, ice cream and whipped cream! Ah, bliss on a plate! Should I move on or continue my praise for these magical melt in your mouth culinary inventions? I think I’d better move on.. I’m starting to salivate!

2. Avenue des Champs-Élysées. Yes, it is touristy, but not unbearably so. Strolling the length of the Champes d’elysses from the Arc de Triomphe all the way down to Place de la Concorde, there’s so much to encounter to keep you occupied. From all the shops, to the street vendors and people watching! Oh yeah, people watching on Champs is fun.

3. The Louis Vuitton store. If you are a fan of Louis Vuitton, you have to make your way to Paris asap! 7 wonderful floors of Louis Vuitton…it’s like the LV lover’s candy factory and playland! I mean, an entire section dedicated to each collection, even an entire book section! You could spend hours in there trying on sunglasses alone. What a magical place.. I was in love <3

4. The Louvre. I won’t lie – I was quite surprised to discover the Mona Lisa was that tiny. I mean, you could barely see it. But still a classic for ages. The Louvre itself is majestic and beyond impressive. There’s just a crazy overwhelmingly beautiful feeling for any art lover to be in the art Mecca of the world!

5. Eiffel Tower. Cliché, but how could anyone truly make a list of their favorite things about Paris without at least noting the city’s most reputable landmark? Yes, the street vendors and scammers at the tower can be annoying, but once you have mastered the art of nicely turning them down or even just ignoring them and pretending not to speak neither English nor French, you can be on your way to admiring this magnificent thing of beauty! Not only is the exterior fascinating, the interior is equally awe-inspiring. If you don’t go during peak tourist times (which is pretty much almost all the time actually, ha), the lines to get to go up the tower will be bearable. Otherwise, expect to queue, but know that you are in for a treat and it will be worth it! There’s just nothing like viewing the city from atop the tower! You get to soak in the beauty of the city from a bird’s eye view, and if it’s at night the city smiles back at you with glistening lights everywhere. And speaking of lights, the tower actually lights up every hour and that’s typically the highlight of the night when viewing it from the exterior. Such a beauty! If you aren’t short of time, it’s worth also having dinner in the tower, which I did. We had dinner at 58 tour eiffel on the first level inside the tower 95 feet above the ground. The dinner is well organized and quite good.

6. The Seine river. If you ask me, your trip to Paris isn’t complete without a cruise along the famed Seine river. The cruise itself is relaxing, but if you opt for a guided cruise/tour, you get to learn a lot of cool things about Paris as well as see some more of the beautiful and famed monuments.

7. The food! (other than crepes). It’s not just desserts I love, I actually love real food too.  Surprisingly, I don’t necessarily love to go to French restaurants in America… however, when I am the Paris, the food almost never disappoints.  Case in point, this delicious lunch I had at a restaurant close to Place Vendome (I’m kicking myself for forgetting the name, but I know how to get there when I am back in Paris!)

.. however, food I did not enjoy is Foie Gras…

Foie gras is a food product made of the liver of a duck or goose that has been specially fattened. This fattening is typically achieved through gavage (force-feeding) corn. It is a popular and well-known delicacy in French cuisine. French law states that “Foie gras belongs to the protected cultural and gastronomical heritage of France.

Lola’s verdict: yuck! Sorry to my French brethren.. I LOVE you, but not your Foie Gras… I love all the other yummy food though

8. Shopping and doing it duty free 😉 (other than at Louis Vuitton). It’s no secret that French (and Italian) designers/fashion houses dominate Fashion. From Jean Paul Gaultier to Christian Louboutin to Haider Ackermann to Yves Saint Laurent to Pierre Balmain, the list goes on! And if you are a fashion fan like I am, it’s great to shop in Paris because not only is there such a wider selection, it’s also cheaper! Plus, hello, no import duties! And you get your VAT tax back :D. In fact, a purse I got turned out to be about $400 less than if procured stateside (cheaper price overall, then no tax).

9. French. Yes, the language. Parlez-vous français? Funny story… I actually took French for a number of years while in primary school in Lagos. I am kicking myself for not continuing it and today, my French is really quite poor.. I just remember the basics. But not to worry, I have promised myself I will be fluent in French within the next 5 years. I think it’s such an awesome, completely versatile and far-reaching language. In fact, if I were going to mandate that my children learn one language other than english as babies, it’d be French because I think it’d really serve them well as global citizens.

10. The pride of the French. The French are extremely proud to be French, and some might call it arrogant, but I really admire that.  On the streets of Paris, there is a French flag flying above almost every building. Ok, maybe not every building, but it seemed like it. The flag flew high everywhere!

This is my list so far, but as mentioned, this list will continue to evolve as I march on with my love affair with the city of love… 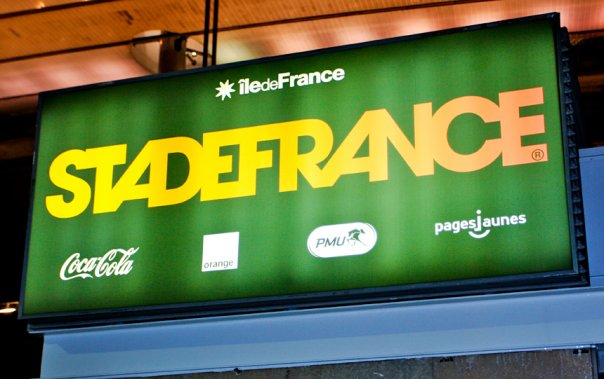 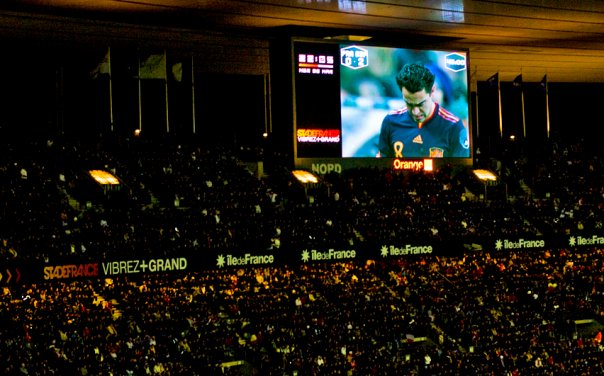 Tickets to Paris (airport code: CDG) from New York (JFK) in late summertime (August) will run about $980. Paris has a range of hotel options to choose from ranging in prices from mid $100s to well over $500/night for some of the swankiest accommodations around town. Hotels in Paris tend to be on the more expensive side, so if you have some hotel points, this is a good time to use them!

Paris shares a similar climate to the Northeastern United States, so when it’s cold in New York, for instance, assume it will be cold in Paris too. However, the cooler months may be some of the best times to explore Paris due to cheaper airfare, cheaper accommodations and less crowds. For instance, a November time round trip would run you around $790 vs. the $980 you will spend in late summer. I would say September to October and March to April is the “sweet spot” with tickets running around $850 and the temperatures not too hot, not too cold, yet with less crowds and better priced accommodation options than the summer time.

I will be visiting Paris again soon and I have made a short-list of things I’d like to do when there, for example:

Meanwhile, please enjoy some more of my pictures from my times in there so far : ) 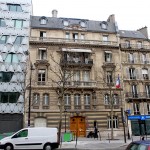 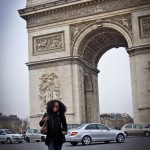 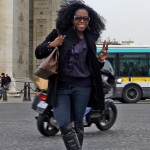 At the Arc de Triomphe, throwing those deuces up 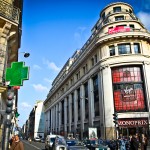 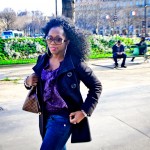 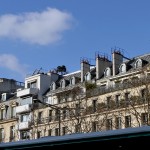 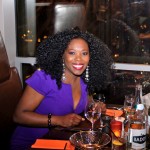 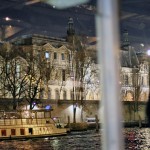 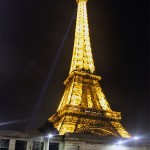 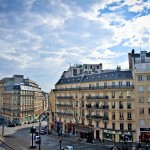 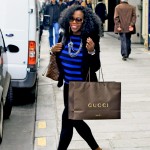 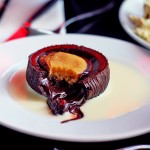 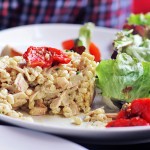 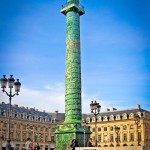 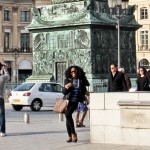 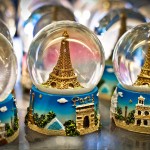 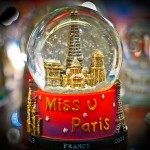 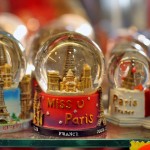 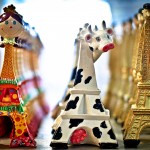 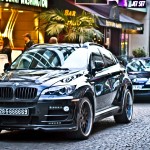 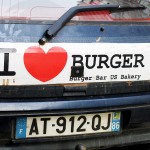